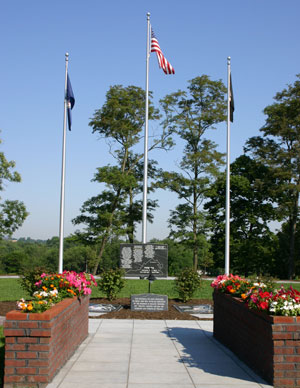 Rolling Thunder, Inc. Virginia Chapter 1 built a Memorial in Jim Barnett Park to honor and recognize Virginia soldiers, airmen, sailors and marines, who through their military service to their country, and their status as a POW-MIA, have yet to come home.  The Memorial, located in Jim Barnett Park, was dedicated in November of 2005 to honor all POWs and MIAs.  The Memorial was selected as the Best New Recreation and Parks Facility in Virginia in 2005 for a city of its size.

Thus, we the living, may never forget, as a nation of free people, the sacrifices of the POW-MIAs. 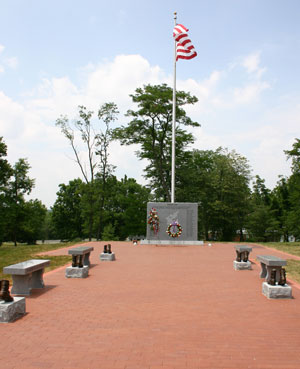 Built and dedicated in 2013 by the Shenandoah Valley Chapter 313, Korean War Veterans Association.

Although the Korean War is often referred to as the "Forgotten War", the thousands of living Korean War Veterans across the country will never forget what they saw, accomplished and fought for during the war.  The Korean War is far from over, but the short time of fighting took place from June 1950 to July 1953. During these three years, 33,741 U.S. men and women were killed in action.  More than 103,000 were wounded and 7,140 were listed as prisoners of war.  Approx. 8,000 still remain missing or unaccounted for.

This memorial in Jim Barnett Park is a way to remember those brave individuals in our community and surrounding counties who served during the bitter conflict.  The Memorial consists of three granite sections.  The large center piece features an engraving of the Korean peninsula and the two smaller sections, one on each side will randomly list 62 veterans killed in Korean from the following areas: 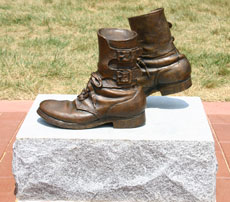 A walkway connects the POW-MIA Memorial to the Korean War Memorial and a brick "Path of Honor" leads the way to the large granite pieces and U.S. flag.  Flanking both sides of the Path of Honor are five pair of bronze military boots representing the five military branches of service (i.e. Air Force, Navy, Army, Marines and Coast Guard).