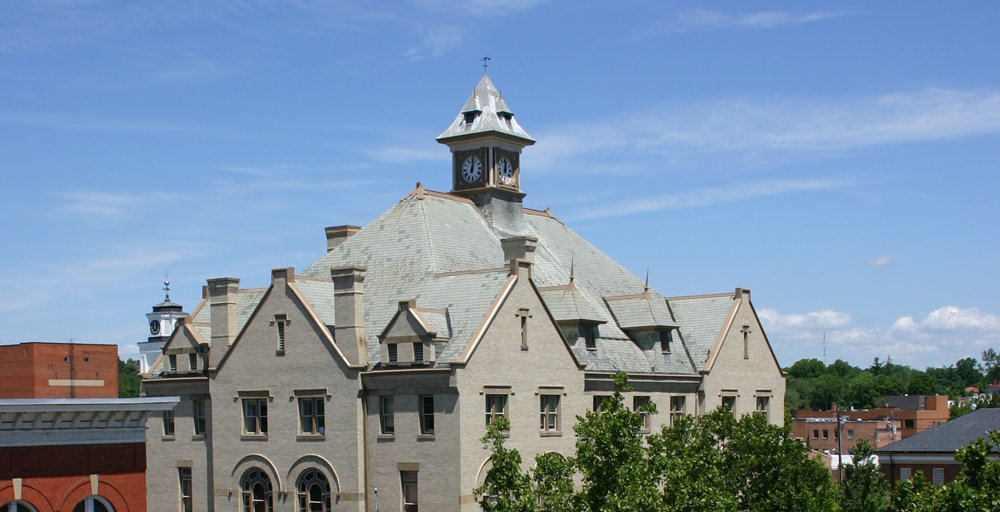 Rouss City Hall, the primary administrative offices for the City of Winchester, has a very colorful and interesting history dating back to 1900. 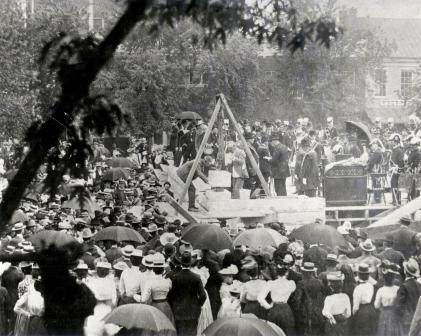 Rouss City Hall opened to much fanfare in March 1901. The cornerstone laying occurred in May of 1900 with a huge crowd witnessing the program by the Winchester Hiram (Masonic) Lodge which had use of the old Market House as well as the new City Hall. The Masons’ use of City Hall terminated in 1976. 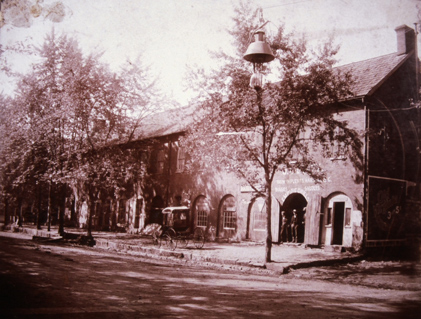 Calls for a new City Hall were underway at least since 1885. That year, a dispute arose between the City and Frederick County over ownership of the Public Square and the right of the City to rip up posts in the horse hitching yard east of the County Court House.  The posts needed to be removed to make room for City Hall to replace the old Market House at the corner of Market Street (now Cameron Street) and Courthouse Avenue (now Rouss Ave). There was a dark, dingy room above the market floor for City Council to meet. 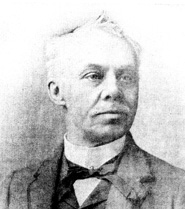 Rouss City Hall is named in honor of Charles Broadway Rouss. He donated $30,000 toward the building that cost about $62,000 to build and furnish. Rouss also made many other donations for worthy causes. Mr. Rouss sold pins and needles in the former Market House before becoming a successful merchant in New York City. He never got to see City Hall built since he went blind before he died in 1902. 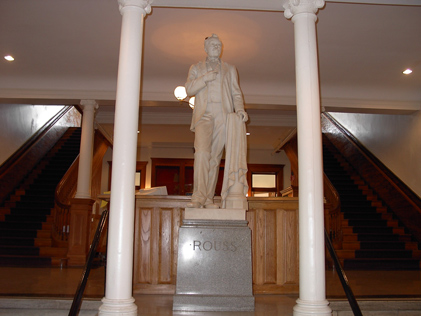 Architecturally, City Hall combines elements of at least four styles. The hipped roof, round arches, and dormers are Richardson Romanesque in style. The yellow/white brick and minimal exterior decoration is of the Classical style. Hood molding over the upper windows is common to the English Gothic style, and the clock cupola is typical of the Victorian style. Inside, the Corridor and the Main Hall form a ‘T’ anchored by a statue of Charles B. Rouss, donated by contributions from over 800 Winchester residents. The statue is centered between a pair of marble steps leading to two matching grand oak staircases. 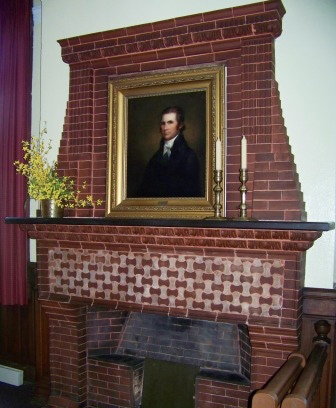 The present-day Treasurer's Office was formerly the Council Chambers. The present-day Council Chambers was originally a courtroom. The Mayor’s office was formerly the Judge’s chambers. Next to that was the Jury Room. After the Joint Judicial Center was completed in 1984, and upon completion of the very extensive 1986 renovations to City Hall, the court room became the new Council Chambers. There were ten fireplaces in City Hall. Centered on the far wall of the Council Chambers is a large fireplace with a recess above the stone mantle perfectly framing a portrait of the third U.S. Supreme Court Chief Justice, John Marshall. The painting was a gift from then Mayor Robert T. Barton. 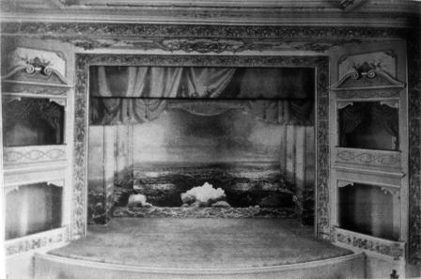 The upper two floors were originally dedicated to non-government uses. This included a beautiful Auditorium and the Masonic Lodge. The Auditorium had a seating capacity of 770 including the main floor, the gallery, and the four opera boxes, one stacked over another on each side of the stage. Live shows included performances by Mary Pickford and John Philip Sousa. The only feature still remaining from the Auditorium is a recess in the ceiling. 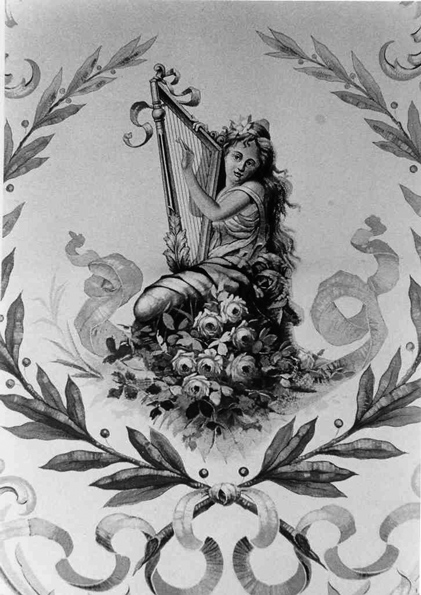 A beautiful mural of a girl with a harp graced the ceiling, but was too damaged to save during the 1986 renovation. A trap door to the attic is situated within the ceiling of a closet and was used by crews to direct spotlights down through the recessed ceiling during live performances. 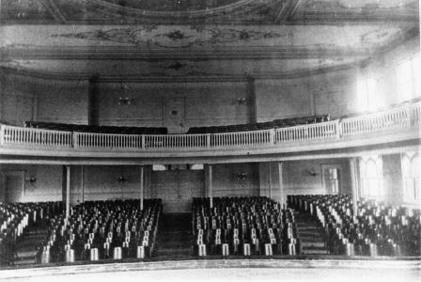 The foyer area at the top of the matching oak staircases connecting the second level to the third level was called the Auditorium Lobby. The space in the southwest portion of the third floor contained the ticket lobby, ticket office, and coatroom. Matching staircases led to the fourth floor, providing access to both the balcony and the Masonic Lodge. Only the west staircase remains today. The Auditorium was used for live performances for only a few years before being converted to motion pictures. By the early 1920’s, the Auditorium had been deemed a fire trap and was closed. 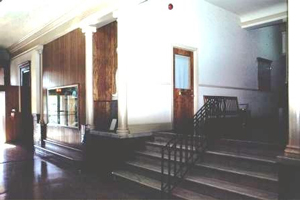 Major renovations in 1986 created much needed office space and a large Exhibit Hall on the upper two floors of City Hall. 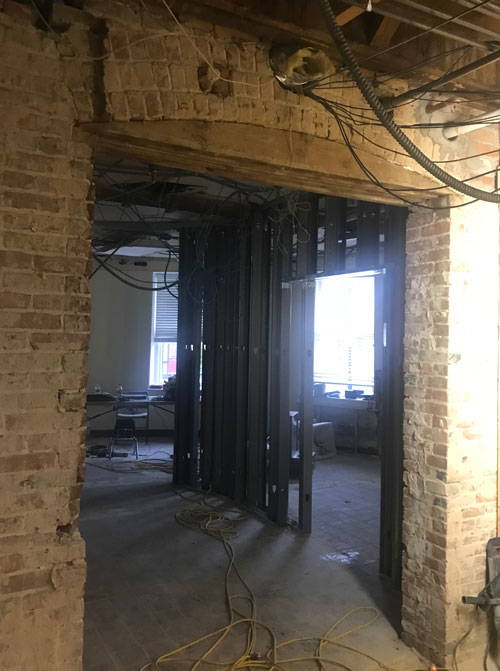 Rouss City Hall was renovated again in 2017-2018 to improve customer service and preserve the integrity of the historic building. The plans call for the renovations to be very sympathetic to the historic fabric of the building and expose many previously hidden original architectural features.

The architect, Frank H. Jackson of Washington D.C., had been in private practice only nine years when he received the commission. He listed Rouss City Hall, the Masonic Temple in Winchester (1900), and the Calvary Baptist Church in Denver (1890) as examples of his work when he applied to the American Institute of Architects for membership in August 1901. Little else is known about Mr. Jackson’s career.

It is unknown as to whether the architect was one of the two million persons to visit the World Columbian Exposition, also known as the “White City”  because of the beautiful white stone buildings, bridges and sculptures in Chicago in 1890. Still, it is safe to assume that Jackson was influenced by the prevailing concepts of the day which included a focus on public buildings which were “specifically designed to delight and impress the citizen-visitor and to fulfill that citizen’s every need.” (ICMA, 1988)

There is little mention of Jackson and his selection as architect in Council minutes. An 1899 sketch printed in The Architects & Builders Journal in Baltimore accurately depicts Rouss City Hall and includes the caption “Accepted Design for the New City Hall at Winchester, Va.  Frank H. Jackson, Washington, D.C., Architect.” Undated pencil notation in the lower left corner of a local copy reads “Cost of Hall $48,252,18”(W-FCHS Archives, 511-3).  Assuming the second comma represented a decimal, this is far from the actual cost of construction, which exceeded $62,000. Other than a slightly higher parapet on the semicircular south wing and ornate light fixtures at the base of the Cameron Street steps, the sketch is amazingly close to the actual construction.

The August 11, 1900 minutes of Council report an agreement between the Building Committee and Jackson wherein he agrees to undertake full supervision of construction of the building agreeing to assume complete charge and responsibility as superintending architect. He is paid a total of $490 payable in six equal payments for this additional service. Jackson would be called back to Winchester 18 years later to address concerns about the safety of the structure.