“I have enjoyed my time in Winchester and it’s been an honor and privilege to serve the members of this great department over the past five years,” stated Chief Baldwin. “It is bitter sweet as I am excited about this new opportunity but will miss the great friends I have made and the people I have worked with. I look forward to watching the City’s department continue to grow and progress from the shores of the Potomac.”

Chief Baldwin was appointed as Winchester’s Fire and Rescue Chief in June 2013.

“Chief Baldwin is a caring leader and has made a lasting impact in the city,” stated City Manager Eden Freeman. “We wish him the best in his new position and know that Stafford County is getting a dedicated and experienced fire and rescue professional. He will be greatly missed.”

Ms. Freeman anticipates appointing an Interim Chief prior to Chief Baldwin’s last day in Winchester and the recruitment process for selecting a permanent chief will be announced soon. 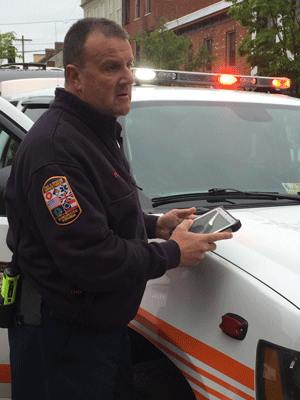